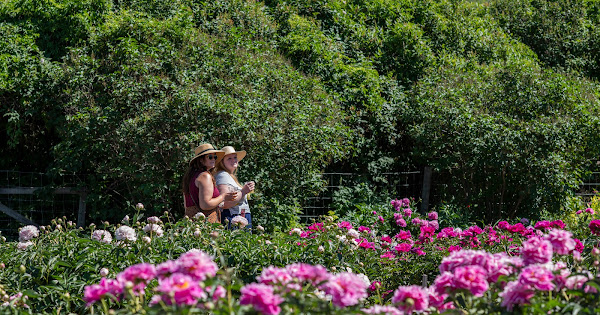 Spring is in the Air

The Silver Heights Peony Garden serves to illustrate the collapse of the Edmonton real estate market in 1914 as the use of undeveloped lots started to be used for horticultural purposes. The garden was established by busy physician Dr. James Brander in 1921 as a hobby garden so that his father would have an interest in his retirement.

Despite being started as a hobby garden, peonies became so popular in Edmonton that in 1930, October 1 was declared Peony Day. The Silver Heights Peony Garden soon became one of the major suppliers of peonies in Western Canada. As well as being sold directly from the garden, many peonies were sold through major retailers such as Woodward’s Department stores.

The original garden was located in the Bonnie Doon area and covered an area of approximately five acres. The garden was named Silver Heights because the original location contained a small rise of land that afforded a wonderful view of the city. There are over 3,000 different varieties of peonies today in the world and the original garden contained over 200 varieties. The current replica on 1920s Street contains over 60 different heritage varieties, including many donated from peony-loving community members. In addition to the peony garden, peonies can be found throughout the 1920s at Fort Edmonton Park. 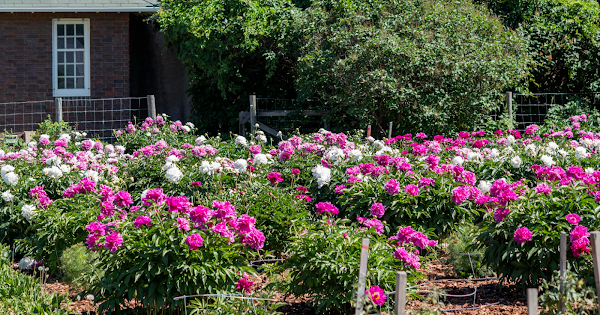 Peonies in Edmonton typically are in bloom from early June to Mid July. In other words, they don't last long! Tickets for our 2022 General Admission Season are available now. Book Today!