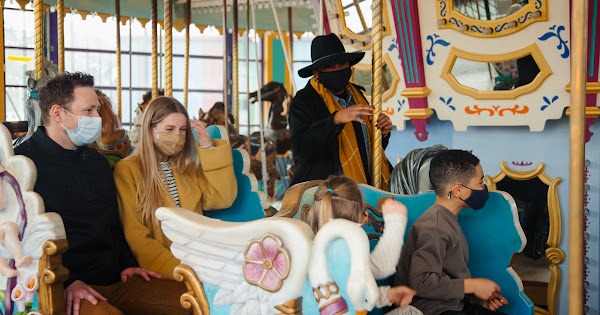 Did you know… The Fort Edmonton Carousel is inspired by a Philadelphia Toboggan Company #40 which was purchased by Johnny J Jones in 1917. The Johnny J Jones Exhibition, one of the largest traveling carnival shows in America, played at the Edmonton Exhibition for the first time in 1918 and would be annually brought back during the 1920s every year except 1921, 1925 and 1930.

Did you know… The 1920s were the heyday for midway rides which were brought to complement the Edmonton agricultural exhibition (known as Klondike days, now known as K days). Although not as grand as the fabulous park-style machines that were found in permanent amusement parks (like Coney Island), the portable carousel that visited Edmonton and the band organ “calliope” music that accompanied it became a perennial favorite.

Did you know… Each horse is made from 30-40 blocks of Basswood glued together and carved with saws and chisels and detailed with sanding paper. The ponies are painted with automotive paint and given at least 3 coats of glaze finishing to withstand years of riding. The “romance” side faces the outside of the carousel and is the most heavily detailed and ornamented side. The “money” side faces inside and is less detailed. This is where the carvers used to make their money by saving time. Take a closer look the next time you visit and see the difference!

Did you know… The carousel is handmade and maintained by a dedicated group of local volunteers who have given over 200,000+ hours to create this memorable experience for the public.

Did you know… Horses are the most common animal found on a carousel but “menagerie” animals like bears, boars, birds, cougars, elephants appeared as well. See the children’s carousel on the Midway for more animals carved by our team.

Did you know… The rounding boards of the original PTC #40 were heavily carved and contained a panel portraying a European-type pastoral landscape, painted in oils in a highly romantic style. The painted scenery panels within each rounding board section depict an early Edmonton scene on the Fort Edmonton Park Carousel.

Did you know… The exterior pavilion was designed to complement the historic look and provide protection to the carousel parts from the harsh Alberta elements and to meet with noise bylaws. It is not original to the PTC as it was a portable carousel protected only by a railing put up around the outside area of the ride.

We know you’re excited to take a ride this season! Don’t forget to tag #FortEdmontonPark during your visit and enjoy the experience! 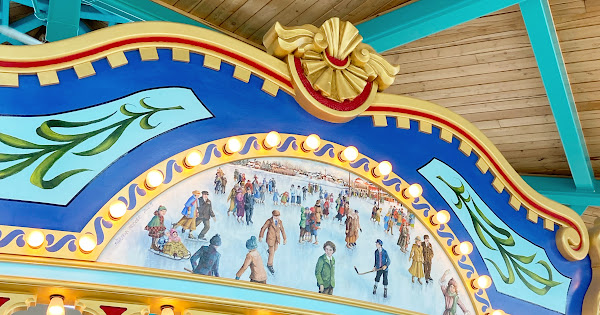 The Importance of Acknowledging Land and Treaty